Abraham Lincoln once famously said “Public sentiment is everything”. It applies to products even if it is a notch or two less than that for politics. Product Managers are expected to manage ‘user sentiment’ or ‘customer sentiment’ for the product that they manage.  However, the mettle of the product manager gets tested when the ‘sentiment’ is within the organisation – more intensely if people higher than the product manager’s pay scale support the sentiment. 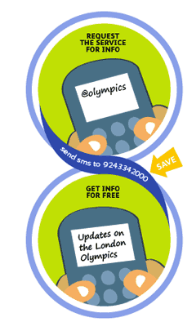 A few years back, I used to manage a platform for accessing Internet over SMS  called txtWeb (which no longer exists), essentially for feature phones as at that time smartphones were still a luxury and data was not cheap. The user interface needed the users to send an SMS in a predefined syntax to get the response back. For example, to get the latest news, one had to send “@news” – mind you – not just “news” (for various reasons, which I will not go into in this post).The resounding sentiment within the team was that ‘@’ is the villain making the product intimidating to a common user. Focus group discussions with randomly selected users were a routine  affair and notes carefully jotted down. Surprisingly for the users, ‘@’ never was the villain that we presumed it to be. In situations where we almost retrofitted and asked if removal of ‘@’ would be useful, the users responded in affirmative (users want to be ‘nice’ most often and serves our confirmation bias well). Analysis of data logs said that there was no unusual number of users who used to try without the ‘@’. However, the overwhelming internal argument was that users were intimidated even by the display of ‘@’. Fortunately, we were coached by none other than the legendary Scott Cook himself, who strongly believed in quick experiments to test and learn about user behaviour even if you have an overwhelming opinion about the user behaviour. This led to several AB tests to test if removing ‘@’ from the interface resulted in larger adoption or greater engagement. The null hypothesis could not be rejected by any statistically significant data of the experiments. Users were interviewed and data studied with increased vigour.  The study revealed that users who used SMS (to send information, not just read) were not repulsive of ‘@’ or any special character. Those who were scared of ‘@’ were those who never understood sending SMS. This conclusion put an end to the argument as well as the ‘sentiments’.

Data beats opinions – all the time. Go by data regardless of the pressure because bypassing data means bypassing huge learning which can be expensive in the long-run. Sometimes we do not devote enough time in the ‘measure’ portion of the “Build->Measure->Learn” loop of product discovery in a hurry to come back to “build” portion of the loop (confirmation bias?). A must-read case is that of the former CEO of Groupon Andrew Mason who regrets letting a ‘lack of data’ override his intuition. Another related article around the same topic that is worth reading is Intuition isn’t about trusting your gut.

What is your opinion about this? Cancel reply